<![CDATA[&nbsp; <strong]]&gt;CHICAGO, IL  — January 8, 2019 — RMGT is pleased to announce multiple installations of RMGT presses with LED-UV curing technology in greater Chicago and the surrounding areas.  2018 marks the 10-year anniversary of RMGT leadership in developing LED-UV technology for sheet-fed offset presses.  This industry changing anniversary lining up with five new RMGT press investments in the area is seen as confirmation that RMGT and LED-UV curing is changing the landscape of print in the Midwest.  In addition to these five printers, six other Midwestern companies also purchased RMGT LED-UV equipped presses from Graphco, RMGT Midwest Distributor, during 2018. ​ Each of these eleven companies is enjoying the efficiency and productivity improvements offered by RMGT’s robust suite of make-ready automation, high-speed print production and LED-UV curing as they expand their market share in each of their local and regional areas.  As LED-UV becomes not just mainstream but highly stable technology, these companies are perfect examples of how adopting the right level of automation and technology can bring new profitability to both their offset print volume and also to the digital work that they “reverse cannibalize” onto their RMGT presses.</p>

​VISOgraphic in Addison, IL installed their RMGT 10 Series press in late fall of 2017. “We jumped from three older presses with no automation, to a completely new press manufacturer in RMGT,” states John Dahlke, COO of VISOgraphic.  “Heavy ink coverage jobs and substrates sensitive to offsetting now run at rated speeds without issues thanks to LED-UV curing. One of the big advantages with LED-UV is the accelerated throughput within our plant,” noted Dahlke. “With immediate LED-UV curing, once off press, printed sheets can go right to our bindery for conversion.  Even uncoated jobs that normally had to sit overnight to dry can now be immediately worked on — with no fear of marking or offset. We have not had to rerun one job due to scuffing, offsetting or picking since installing the RMGT 10 Series with LED-UV curing system.”

Another printer benefiting from LED-UV curing in the greater Chicago area is Polpress. Founded in 1991 in a small storefront on Chicago’s northwest side, Polpress established itself as the printer of choice for Chicagoland’s large Polish speaking community and they continue to serve this clientele today.  As part of their growth strategy, Polpress recently installed an RMGT 9 Series Press equipped with LED-UV technology. “Investing in LED-UV curing was a logical choice for us,” states Roman Majewski, President of Polpress, “We print both offset and digital, and since our new press came in many short run jobs are going LED-UV offset.  We can run four 11×17 jobs on one single press sheet and since they dry instantly, it just doesn’t make sense to pay clicks.” Roman continues, “During our political season, having jobs coming off the press and going immediately to finishing helped us meet our customers very tight deadlines. And we got great comments about the print quality and rub of their postcards even without coating. 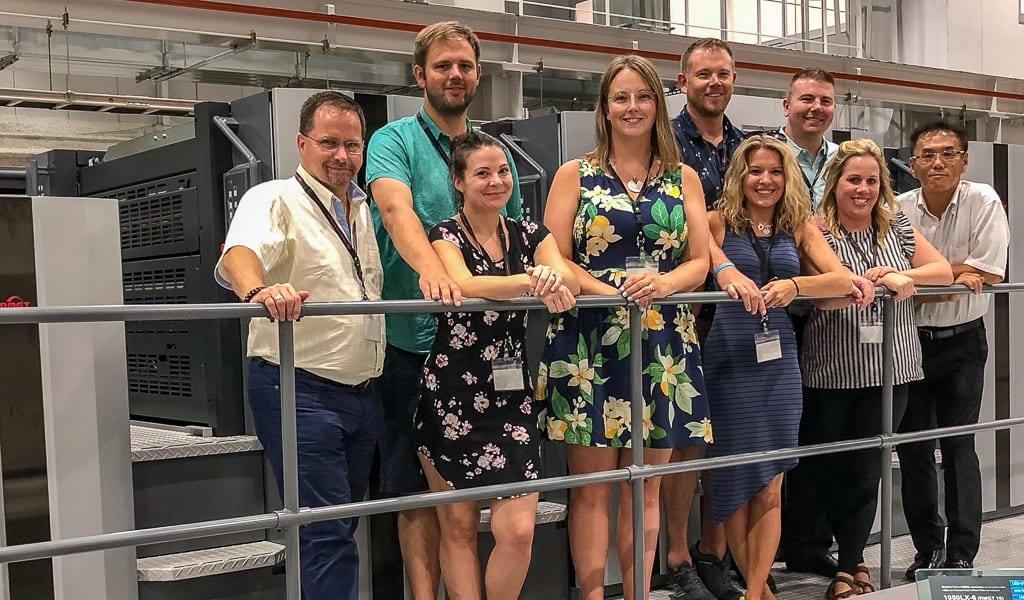 ​Hagg Press, located in Elgin, IL, has been a mainstay in Chicagoland for the last 40 years, ranking in the Printing Impressions Top 400 commercial printers in the US.  In the second half of 2018, Hagg Press consolidated the workload from three existing offset presses onto their new RMGT 10 Series Press equipped with LED-UV technology.  The Hagg family believes in a sustainable future for the planet and is committed to creating and enforcing eco-friendly practices and procedures at Hagg Press.  “Investing in LED-UV has reduced our impact on the environment,” states Jordan Hagg, VP of Operations, Hagg Press, “We have reduced our power consumption tremendously by eliminating the need for large IR/Hot Air driers to dry the ink and coating.  But our biggest savings is moving the work from one 28” and two 40” presses to the RMGT 10.  Imagine the carbon footprint those 3 presses with driers had compared to this one LED-UV equipped press?”

Graphic Promotions (GPI) will take delivery of their new RMGT 7 Series press with LED-UV curing in early January.  Located in Shorewood, IL, GPI has over 50 years of experience in the print industry and for years has placed a strong focus on large format printing, while also providing offset printing and all major finishing and binding services to their nationwide, quality conscious, customer base. “Our investment in an RMGT press with LED-UV curing sticks with our strategy of going after short-run high value work,” states Daryl Sladek, President, Graphic Promotions.  The RMGT 7 Series is a 6-up press which is replacing a 4-up press from another manufacturer.  Daryl continues, “We are interested to see how our new LED-UV curing capability impacts some of our traditional ink jet work.  Now that we can offset print on plastic, styrene and other substrates that we have to run ink jet now we see great potential to reduce cost and push through lots more volume.” 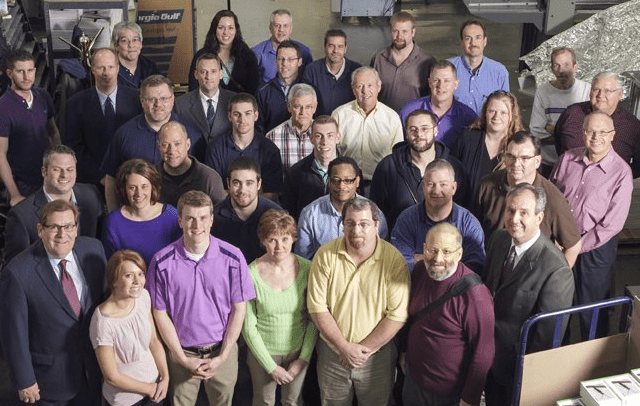 As the name indicates, Martin One Source is a truly full-service commercial printer that offers offset print, digital print, office supplies & furniture, apparel and mailing services to list just some of their capabilities. They are currently installing an RMGT 9 Series press equipped with an LED-UV curing system. Having already experienced the advantages of printing with conventional UV on their Ryobi 7 Series press for the past 10 years, Martin One Source quickly embraced the advantages of LED-UV.  “When we analyzed the cost savings of switching to LED-UV, the impact on our business was dramatic,” states Chuck Martin, President, Martin One Source. “We are committed to offset printing and it was an easy cost savings decision to invest in the 9 Series press from RMGT.”  Martin One Source meets the needs of its customers from 3 locations around central Illinois with headquarters in Champaign. “After so many years of excellent service from our original Ryobi, sticking with the new RMGT 9 was an easy choice for us.” concludes Martin, “If it ain’t broke why fix it.” “These five installations provide the tangible evidence of how RMGT technology and LED-UV curing is revolutionizing what offset printers can do,” states Derek Gordon, Midwest Regional Manager for Graphco, the RMGT Distributor in the Midwest. “They also confirm what I hear every day from my customers.  Offset printing is still central to the growth strategies of these commercial printers. Thanks to technologies like LED-UV curing, offset print is becoming much more profitable than digital while actually speeding turnaround times.  And since we bring added profit to a much larger part of our customer’s volume the impact on their bottom line is much greater. I think our company motto says it best. Our customers have an unfair advantage.”
About Graphco Graphco is the industry’s leading provider of offset, digital and print finishing solutions. We proudly import the RMGT line of new offset printing presses featuring LED-UV curing technology, Insta-Color automated make-ready, and Perfecting & Packaging presses. RMGT presses offer best-in-class reliability and durability. These brands are only as good as the technical support team that stands behind them, with 12+ factory-trained technicians based in the Midwest. Graphco’s reputation for top-notch service is second to none. Since 1976, Graphco has thrived in an ever-changing market place by loyally adhering to the firm’s original model for success: providing best-in-class print production equipment along with reliable and assured technical service. Learn more about Graphco at www.graphco.com, 800-458-2769. ​
Posted in Latest News