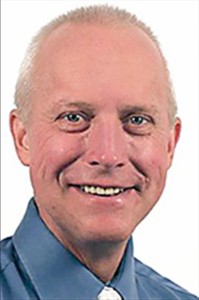 Joseph J. Metzger, 50, who focused on growth by diversifying the typesetting business his father founded, died on Monday in Hospice of Northwest, Ohio, South Detroit Avenue. He learned he had colon cancer in November 2011.

The couple had four children, ages 13 through 22. The oldest, John, had begun full-time work at Metzgers Printing & Mailing after graduating from the University of Toledo.

Mr. Metzger was president and with his brother Tom – the chief operating officer – a co-owner. He was inducted into the 2010 Printing Impressions/RIT Printing Industry Hall of Fame.

He was in his teens when he started working for his father, Norbert, who founded Metzger Type House in 1976 near downtown Toledo. He started full-time work after his 1982 graduation from St. John’s Jesuit High School. The business has since relocated to expanded quarters in South Toledo. The brothers became owners when their father retired in 1996.

Mr. Metzger’s strong suit matched the company’s needs. Customers with computers, for instance, were less likely to need typesetting in 1996 than in 1976.

“He was the marketing and sales and the idea guy,” his brother said. “He was constantly looking for ways for us to diversify into other services for our customers.”

In running the business, and personally, the brothers were simpatico.

“We were the best partners, best friends, best brothers,” his brother said. “We just read each other so well and did everything so well. He was so outgoing, and I’m the inside guy, the operations guy, and we met in the middle all the time, and that’s what made the business great.”

Mr. Metzger of Sylvania was born Feb. 22, 1964, and grew up in South Toledo. He attended the University of Toledo.

His brother Richard, who also worked at the business, dies in 2005.

Visitation will be from 1-9 p.m. Thursday in the Ansberg-West Funeral Home. Services will be at 1 p.m. Friday in St. Joseph Church, Sylvania where he was a member. Arrangements are by the Walker Funeral Home.

The family suggests tributes to the Joe Metzger Memorial for youth athletics in care of the Catholic Youth Organization at the Diocese of Toledo, 1933 Spielbusch Ave.

As published in WhatTheyThink.com

A Letter from Tom Metzger

It is with a heavy heart that I write to tell you of my brother Joe’s passing.

Joe was an inspiration to just about everyone who met him. He was an innovator, a proven leader, and an accomplished entrepreneur. He was also the greatest brother in the world.

Together, Joe and I had the privilege of building the Metzger family business for more than 30 years. As President, Joe was a key to our success. In fact, under his leadership, Metzgers experienced unprecedented growth, received the Better Business Bureau’s Torch Award, and became the top 400 printers in the nation. He also taught me everything he knew.

Learning of Joe’s illness a few years ago gave us the opportunity to prepare for the future, and over the last two years we implemented a successful plan. As a result, Metzgers will remain a strong, family-owned business.

This isn’t the first time Metzgers has experienced a loss in our family and business. We walked down this road before after losing our father and founder of our company, Norbert Metzger. It was his mission and his vision that Joe and I built on. With Joe’s passing, our family is now more determined than ever to see that vision through and take Metzgers even higher up that list of the Top 400 printers.

Joe would say, “Live very day to its fullest.” Be assured that we intend to do that in our own lives and with our company as we move forward firing on all cylinders.

All of us at Metzgers extend our heartfelt appreciation for your kindness and unwavering loyalty. Thank you for your continued confidence in our family and the entire Metzgers team.